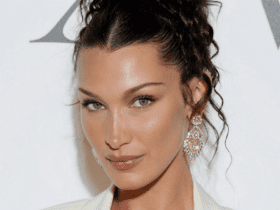 12 Beautiful Women in the World

Certain manufacturers ought to be the first to be considered when discussing high-end supercars. And also extremely fast luxury cars. Rolls Royce, Bugatti, Koenigsegg, and Pagani, amongst many others. These producers have solidified their positions as the leaders in the supercar and hypercar markets. thereby including their most affluent consumers. These include the swiftest, rarest, and most attractive. And in this instance, the priciest vehicles on earth. Through this article, we will look at the list of the top 12 most expensive cars in the world. 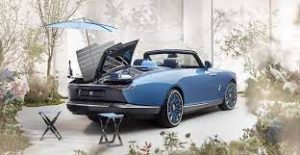 This unique idea honors the owners’ abiding awe of marine life. The exceptional clientele has conceived it. And the expert craftsmen of Coachbuild have executed this. This is a hand-made masterwork. The mid-sized Rolls-Royce Boat Tail is a luxurious majestic touring vehicle. It is the most expensive car ever made. The cost is 28 million USD. The Boat Tail is a real sensory extravaganza.

Rolls Royce has commissioned only three specially made automobiles with a maritime theme. These are including this most recent endeavor. Tools for picnics, advanced controls, signals, panels, decks, and cocktail setups. These are all a component of the splendor. These unforeseen delights are the main focus of The Boat Tail. Rolls-Royce disclosed the foremost Boat Tail in May 2021.

The iconic Type 57 Atlantic of Bugatti’s early forms served as an inspiration for this magnificent one-of-a-kind, private Bugatti. Bugatti was most concerned with retaining the myth of the ideal car. In addition to trying to reproduce the elegance and mysticism of the Atlantic. La Voiture Noire is distinctive in every way, including its 6 exhaust pipes and a ventral cleft that echoes the Atlantic of old. It prices at about 18 million dollars. Cristiano Ronaldo posessed a Bugatti La Voiture Noire. Everything about it is flawless, from the sweeping lines to the smallest details. The core of the vehicle is the recognizable 16-cylinder engine. 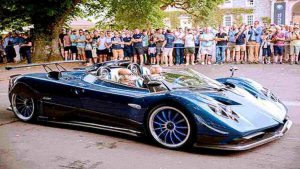 On its own, the Pagani Zonda is a roadster we are aware of as spectacular and legendary. It has an entirely unique appearance. And because of the exceptional performance, it has become an icon and a legend. The HP Barchetta is the ideal vehicle to do it credit given this. The HP Barchetta has back wheels that were already obscured by a carbon composite plate as if the Zonda hadn’t been striking plenty. And a body concept without a canopy. Thus, the name Barchetta. It is therefore fully deserving of the distinction of being one of the highest expensive vehicles ever produced. It is priced at 17.5 million USD. 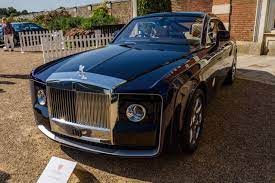 The tapering tail of such Sweptail is its distinguishing characteristic and nickname. it suitably evokes a yacht and the impression of sheer joy and elegance which only a Rolls-Royce might provide. Because it has a glass panel that stretches across the entire hold. And wood and velvet on the almost single internal surface. The Sweptail is possessed by a Hong Kong-based client called Sam Li. 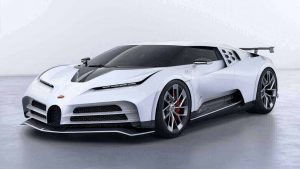 The Bugatti Centodieci is a mid-engine supercar. The title is an acronym meaning 110 in Italian. Its price per item was $9 million USD. The Centodieci is remarkable for more than just sentimental reasons. It enhances the Chiron. increasing cornering grip while losing about 45 pounds. 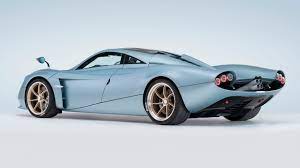 The latest Pagani Huayra Codalunga only will be produced in 5 instances, making it extremely uncommon to encounter one on the road. This new design was developed as an homage to the 1950s racing vehicles, which were characterized by the shapes made by renowned Italian coachbuilders. The Huayra Codalunga’s Long Tail, which holds a twin-turbo V 12 engine with 835 power, is the vehicle’s most distinctive outward aspect. It costs around 7.5 million USD.

The Divo is pretty much as severe as anything Bugatti vehicle anyone has ever got. As if other products weren’t already a substantial lot. But Bugattis are renowned for being extremely fast in a linear fashion. The Bugatti Divo is designed to conquer even in tight spaces. Additionally, there is more cornering grip with a longer, better aerodynamic body. And that’s essentially what it does—powerful lateral acceleration. We had no concept that things may become higher because Bugatti is constantly at the pinnacle of efficiency.

The revolutionary Pagani Imola is a road-legal Roadster that represents the full potential of Pagani Automobili’s track innovation. The Pagani Imola underwent the most rigorous on-track verification check previously conducted on a Pagani automobile and is available in an exclusive production of just five units. In reality, Imola has traveled more than 16,000 km on the circuit at a sporting velocity in addition to the standard but already meticulous verification process.

The Mistral is the sole current Bugatti that can be driven without a rooftop, however, it only has a momentary snippet canopy as opposed to a complete roof cover. Additionally, it is the most potent Bugatti the firm has ever produced without a roof. The Type 57 Grand Raid Usine is one of BUGATTI’s most exquisite models. It served as inspiration for the construction of the W16 MISTRAL, which was created with the expedition in mind. The Mistral is advertised as the planet’s swiftest roadster. Early in 2024, customers will start receiving deliveries. The cost of each of the 99 units is $5 million USD.

The word “Trevita” is Swedish for “3 whites,” which perfectly captures the aesthetic of the Trevita. There were only 2 Trevitas produced as a result of the challenging procedure involved in creating this vehicle’s distinctive carbon fiber gem pattern, one of them was given to Floyd Mayweather. That pricing requires a very special vehicle, and the CCXR Trevita fulfills that requirement. It comes with a pricing of 4.8 million USD.

The Bugatti Bolide is often what follows when one of the most storied automotive manufacturers on the planet goes all in for ability. Bugatti had intended for this sportscar to just be a research project; nevertheless, the company later opted for a particular batch of 40 Bolide models. It comes with a price tag of 4.6 million USD. 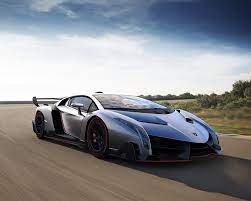 The Lamborghini unquestionably deserved all the anticipation and expenditure, not less because it provided a crystal-clear indication to the universe that Lamborghini had ushered in a new epoch. It comes with remarkable inventions and exciting aesthetics. One of Lamborghini’s most iconic models, the Veneno was and still is. The compressed brake horsepower and engine are the reasons for the high price of the car. It costs around 4.5 million USD.

These are the 12 Most Expensive Cars in the World in descending order. Rich business magnates and celebrities own these expensive cars. Manufacturers like the above compete to enhance the engines, aesthetics, designs, features, and luxury components in these supercars. The detailed features would blow your mind and they are truly a class of the universe. The list can go on for looking the expensive automobiles. But these are the top ones which stand in the top ranks among all other existing cars.