Making its way through Bhutan, the Himalayan Range enters Sikkim, and passing through it, it enters Nepal. This alpine rich state is bordered by China to the north, Nepal to the west, Bhutan to the east and West Bengal to the south. The capital city of the province is Gangtok, which also happens to be the largest and the most populated city of the region. Like other Himalayan Indian States, it is known for its forests, the mountains and hills, the biodiversity, and other gifts of nature that are exclusive to the region. It is a beautiful place, with many things to explore, including the people and their lifestyle.

Sikkim is a mountainous state, and home to few of the highest peaks in India and all over the world. The highest mountain in the state is Kanchenjunga, which is also the third highest peak in the world. Sikkim shares the peak with its neighboring country Nepal, as the mountain happens to fall on the border. There are altogether 28 mountains across the state; few of them include Mt. Pandim (6691 m), Kabru (7000 m), Jongsong (7462 m) and so on. Apart from the mountains, there are around 200 high altitude lakes in the region, including Tsongmo, Gurudongmar, Khecheopalri and so on. Also, there are many hot springs in the region that are known to have medicinal value. The most popular ones are situated in places like Yumthang, Borang, Ralang and so on.

Sikkim has a huge land area covered by forests. It is considered to have one of the richest bio-diversities in the world. Around 550 species of birds, 1438 species of butterflies, 5000 species of flowering plants, various species of animals and so on are parts of this sumptuous biodiversity. Few of the animals include Red Panda, Himalayan Tahr, Himalayan Marmot and so on. The birds include Snow Partridge, Crimson Horned Pheasant, Tibetan Snowcock, Bearded Vulture and so on. Similarly, the plants include Orchids, Rhodendron, Poinsettia and so on. Khangchendzonga National Park is the only national Park in Sikkim. It’s so massive that it covers around 30% of the total land area of the state. Apart from that, there are 7 wildlife sanctuaries including Fambong Lho Wildlife Sanctuary, Pangolakha Wildlife Sanctuary, Kyongnosla Alpine Wildlife Sanctuary and so on. These ensure the protection and the conservation of this prosperous biodiversity.

Being bordered by Nepal towards the west, Sikkim shares many of its features with the Himalayan country, mainly in context of people. The two states have a history together. Many groups of people like Magar, Limbu, Newars, Gurung and so on that are indigenous to Sikkim are also ethnic to Nepal. Apart from the origin, these communities share the same language, the same cultures and traditions. Due to the high altitude and the right kind of atmosphere, the soil in the state is ideal for the production of Cardamom. As a matter of fact, Sikkim produces the largest amount of Cardamom in the world after Guatemala. This is yet another common feature as a district in Nepal known as Taplejung is also known for producing high quantities of the same spice. The district borders the Indian State.

There are many religious and cultural heritages in the state, for instance Rumtek Monastery, which is one of the largest and oldest monasteries of Sikkim, and Dro-drul Chorten, which is the largest stupa in Sikkim. Both of them are located in Gangtok. Apart from the capital city, there are many other hilly towns in the state like Yuksom, Lachung, Pelling, Ravangla, Namchi and so on. They are beautiful, surrounded by hills and offer the views of amazing mountains. They are considered ideal holiday destinations. Visitors can get involved in activities like trekking, bird watching and so on. Another such interesting place to explore is Nathula Pass (4310 m) in East Sikkim. It is located on Indo China border, thus, tourists need to have a special pass to enter this area.

The state offers you the best of the Himalayan terrain in a way that you can take it, grow fond of it, love it and admire it. Visit this place to experience the hills and mountains like never before! Adding a whiff of Buddhist principles, and the love of the locals to the exquisite panorama, and you’ll never feel like returning home! 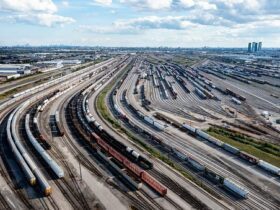 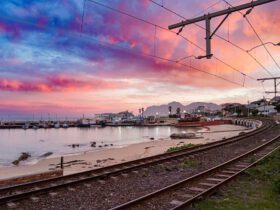