Stop by these beautiful places in China.

China is also known as the ‘Red Dragon’. A very popular country for international tourism. China is famous for its architectural marvels like the fascinating great wall of china, the forbidden city, its ancient history, its vast culture, its delicious cuisine and innovation. The fourth largest country in the world with a population of around 1.4 billion people, china is a major tourist destination for travelers. In the year 2020, a total of 30 million tourists visited China. China is big on tourism. In 2016, china accounted for 261 billion dollars in international tourism.

The land of temples, tea, inventions and martial arts has so much to offer and has so much history and culture to explore.

China has a lot of tourist attractions but here are 15 best tourist places in china you must visit. 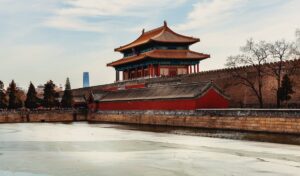 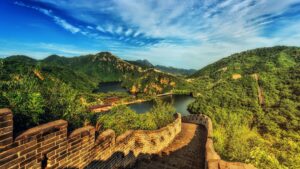 The great Wall of China is one of the greatest wonders of the world. Thousands of tourists visit the great wall of china each day. The Great Wall of China is known as Changcheng in Chinese or the Long Wall. The length of the wall spans across 6,000 kilometers. The Wall contains many watchtowers, battlements and is more than 2,300 years old. 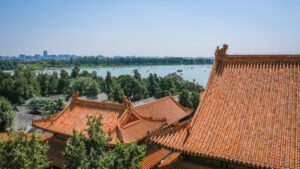 The beautiful Imperial Summer Palace is one of China’s most visited tourist attractions that was built in 1153 surrounded by lush parkland and a large lake. It is surrounded by the Imperial gardens that enhances its beauty. Famous for its architecture and the state-of-the-art preservation of heritage and nature. Major attractions in the Summer Palace are the Hall of Benevolence and Longevity also known as Renshou Dian, the Great Theatre, the Hall of Happiness and Longevity also known as Le Shou Tang Hall, the Old Summer Palace.

A lot of traditional Chinese musical events, plays and performances are held at this remarkable venue. The Summer Palace is a must visit tourist attraction in the country. 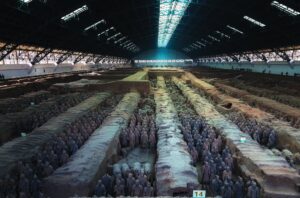 The Terracotta Army is a marvel that you should not miss out on. The most significant archeological find in China, farmers discovered the Terracotta Army while digging wells in Xi’an in the 1970s. 8,000 life sized warriors, around 520 horses and over 100 chariots and more were found underground which were built to guard the tomb of the First Emperor. The Terracotta Army signifies the respect and importance given to the First Emperor and also witnessing this archeological wonder is extraordinary. Standing in front of a life sized army is something you do not get to do very often. Certainly, a must visit tourist attraction in China. 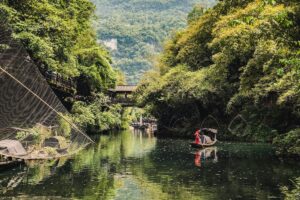 The Li River, Guilin is an absolutely stunning river surrounded by beautiful scenery and magnificent mountains. Do not miss out on this gorgeous scenic beauty while you are in China. Perfect for nature lovers and outdoorsy enthusiastic tourists. The Li River is one of the world’s most beautiful rivers. You can tour the Li River in several ways. Take a relaxing cruise across the river to appreciate and marvel at the gorgeous scenery and landscape along the river. You can take a bamboo raft trip or hike by the Li River for an up-close nature experience and outdoorsy activity. Other tourist activities alongside the Li River you could indulge in are cormorant fishing, bamboo rafting and watching the night show of Impression Liu Sanjie. The Li River is an excellent place for photography, you are definitely going to get incredibly spectacular pictures of this scenic wonder of nature. The Li River Cruise boats come in two types, one is the 4 star boat and the other is the 3 star boat. Compared to 3 star boats, the star cruise boats are more luxurious. The upper deck in the 4 star cruises have the best views of the river. During the cruise journey, you will come across impressive rock formations, caves with unique names such as Mount of Unique Beauty, Reed Flute Cave, Elephant Trunk Hill and more. Trips across the river vary from a few hours to several days up to your liking. 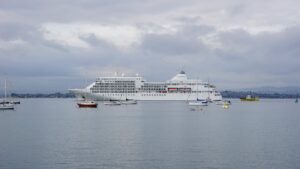 The Yangtze River popularly known as Chang Jiang meaning Long River in China is over 6,000 kilometers in length which makes it the longest river in China and makes it the third longest river in the world. The beautiful Yangtze River spans across several cities in China from Tibet to Shanghai and eight provinces. You can visit the river at various locations in China. The Three Gorgers, Qutang, Wu and Xiling are the major and most popular tourist spots to visit the Yangtze River. You can cruise through and sightsee in luxurious relaxing cruises across the river with great on-board food and stunning views of the river. Surrounded by beautiful scenery and historical attractions. Some important tourist attractions you should stop by and will come across whilst cruising are The White Emperor City, the Three Gorges Dam, Shibaozhai Pagoda, Shennong Stream, Lesser Three Gorges and Tribe of Three Gorges among others. The best time of the year to take a cruise across the Yangtze River is spring and autumn. Months like April, May and September and October are the best months to visit when the weather is comfortable and cool. 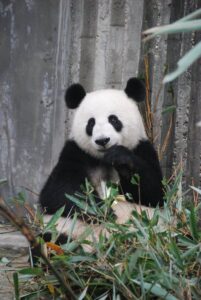 The giant Panda is china’s national animal, these cute bears are native to south central china. The giant Panda symbolizes peace and friendship among the Chinese people. The Chengdu Research Base provides an ecological environment for giant pandas that is almost as close to their natural habitat. The base includes a nursery house, a garden, feeding area, Panda hospital and a research center.

A trip to China would be incomplete without seeing these furry giant black and white bears. At the Chengdu Research Base, you can have a meet and greet experience with the pandas and an encounter too. You can get up close with them and observe their behavior and daily routines. You might get see over 80 pandas in the large park like setting. Animal lovers and enthusiasts will get to learn a great deal about these giant pandas with the help of the exhibits and displays explaining about the conservation efforts to protect the Pandas.

You can see Pandas playing and having their morning meals during the morning feeding sessions. They are the most active during the mornings. If you want to get closer to the Pandas and learn more about them, you can sign up for an experiential volunteer program. In this program you will get a chance to feed the Pandas and care for these giant furry creatures. You may even get to hold a baby Panda at the Chengdu research base of giant Panda breeding located in Sichuan. 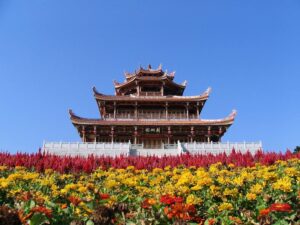 The Classical Gardens of Suzhou are one of the world’s most significant historic gardens. They are also a UNESCO World Heritage Site.

These wonderful gardens were founded around the 11th century.

One of the most beautiful tourist attractions China has to offer. The Classical Gardens of Suzhou is a must visit for every tourist during their vacation in China. You will get an opportunity to take a lot of spectacular pictures at The Classical Gardens. Take a moment to appreciate the beauty of the Classical gardens. The most popular garden is the gorgeous garden of lingering. Originally made at the time of the reign of the Ming dynasty. Garden of lingering is one of the most popular garden complexes in the country. This stunning garden has a pool, an artificial man-made hill, many eye-catching buildings, an orchard of peach trees and more. Other beautiful gardens you must visit here are the Garden of the Cang Lang Ting Pavillion, Humble Administrator’s Garden (the largest garden in Suzhou), Master of The Nets Garden and Lion Grove Garden among others. 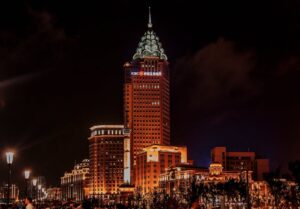 Waitan is an alternated name for The Bund. Located in Central Shanghai as a waterfront promenade area. It is popular for its European style buildings and architecture. You get to see the contemporary skyscrapers of Lujiazu and a stunning skyline along the river.

The Bund has been a famous tourist destination in China since centuries and a must visit tourist attraction of Shanghai.

Take a relaxing walk along ‘The Bund’ where you will come across many exquisite buildings which are often known as the museum of grandiose buildings. You can take the Huangpu River cruise which will give you a chance to see The Bund’s historic architecture and the modern skyscrapers on the other side of the Huangpu River.

Other tourist attractions at The Bund you should check out are the Bund Sightseeing Tunnel and Huangpu Park among others. 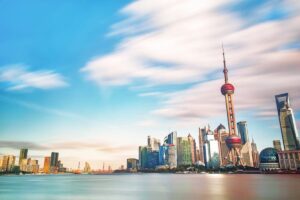 If you admire architecture and design, you should definitely check out the Pudong skyline by the Huangpu River and marvel at the wonderful architecture. Plus, you will get some cool pictures of the spectacular skyline. The Pudong skyline is a popular tourist attraction in Shanghai.

These are some of the most popular tourist places that you should visit while in China to have a great vacation.