When planning a trip to Rishikesh, one of the most interesting activities to look forward to during the excursion is trekking to the waterfall. Neer Garh is a well-known waterfall in the small town of Rishikesh (city of Indian state of Uttarakhand). The beauty of the waterfall is spectacular and it is very popular among trekking beginners and families. I would say, it is one of the 10 best treks in India. Although Rishikesh itself is referred to as the Yoga Central of the World but a trip to the close by Neer Garh Waterfalls provides the actual calmness of the area. The fascinating waterfall will leave you astounded with its ethereal beauty. It is the perfect escape from the rush of the city for some much desired peaceful time amidst the nature’s abundant surroundings.

Situated at about 6-7 Km away from Tapovan and 4 km from the Lakshman Jhula on the Badrinath highway, the beautiful Neer Garh waterfall is definitely one among the finest natural getaways and a very attractive tourist destination in Rishikesh, Uttarakhand. The distance between Rishikesh and the waterfall is around 12 km, one can either go by drive with a small vehicle or take a bus which goes up to the highway. 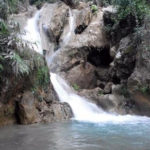 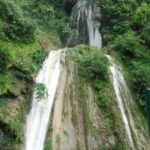 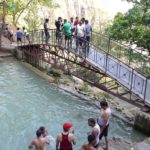 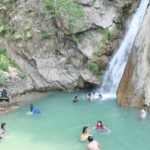 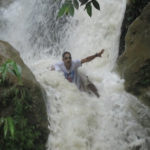 Neer Garh waterfall is accessible by trek only; it can be easily reached with a terse trek through a course mountain road, walking through the jungle on laconic trails. Perched between dense green forests, the natural waterfall is exceptionally refreshing with crystal clear water which emits heavenly beauty as it descends down the rocky mountain. With clear overflowing water, lush greenery and lavish scenery, the waterfall provides such a pleasant view that it cannot be missed at all.

Things to do at the Neer Garh waterfall

Numerous tourists visit these pristine waterfalls during the summer to take a chilly plunge in the confined stream as it is the easiest to access. The best time to visit is post monsoon, to see the marvellous waterfall stumbling thousands feet down. The trek is very difficult during the monsoon and sometime it is closed as well. The flow of light wind rejuvenates the spirit and the lovely sound of flowing water satisfies the senses.

Neer Garh is a two tier waterfall with two bathing pools and two small bridges where you can find vendors on the way to revel in for some refreshments in between the amazing waterfall and the landscape. Vendors are always available here selling common beverages which may cost a little higher than usual. The small waterfall with a miniature pool can be reached after a small trek of 200m from the road and the bigger one takes 2 km further trek that has an expansive pool which is the main attraction.  Passing by the deep pool, offers the absolute taste of nature and leaves you spellbound.

At the stream, visitors can dip their feet in the small pool at the bottom, take a bath or enjoy some snacks in the nearby dhabas. People who love to capture every moment with their cameras love this spot as they can see diverse species of butterflies roving around wild flowers on the notched ground. From the small pool, tourists have to follow the stairs up the mountains to the tallest waterfall the largest swimming pool which is about 25 feet tall. The trail is thrilling and an ideal activity to do before entering the water. All the efforts of climbing the trail become worthwhile once you reach the topmost waterfall. The water is awfully freezing but this indeed offers one of the greatest unwinding experiences in Rishikesh. 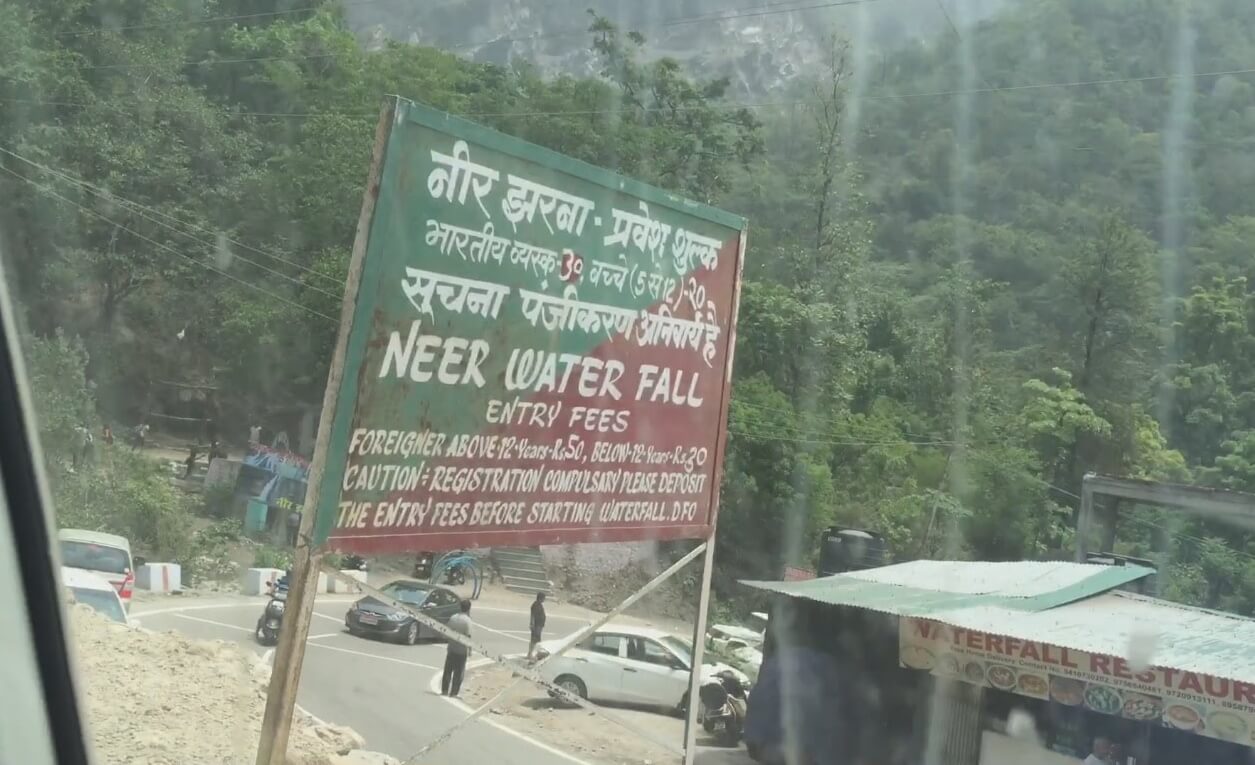 Entrance to the Neer Garh Waterfall in Rishikesh

This waterfall is also famous for hiking and as a picnic spot. The best things about this waterfall is that it doesn’t take much of an effort or any expertise to trek as the path is quite easy and people from all age groups can enjoy this adventurous activity. As the waterfall is mostly concealed away from huge mob, it gives an immensely calm ambience and is an excellent place for those who are seeking serenity.  If you are planning for an unforgettable time with your friends and family, then a plan to visit Neer Garh waterfall would absolutely be a wonderful idea for a lifetime memory of Rishikesh, the land of Ganga.